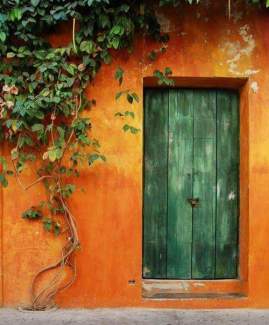 Some years ago I received this email after an evangelistic outreach in Austria:

“Yesterday my Hindu friend told me that last week she was healed from a leg ailment. She had accompanied me to your meeting at the “‘Freie Christengemeinde’” in Braunau. She did not feel comfortable to go to the front during the healing prayer but had remained in her seat. However, during the night she realized that, all of sudden, the pain in her leg disappeared and that she was healed! Jesus had gone through the pews! :)”

The Bible says in Isaiah 65:24: “And it shall come to pass, that before they call, I will answer; and while they are yet speaking, I will hear.”

What will you do when everything is working against you, when it looks as if God is not answering?

Peter was at the end of his rope. A few days earlier, the King had captured his friend and fellow disciple James and killed him with the sword. And now it was Peter’s turn. He sat there, chained between two soldiers and must have felt that this was the end. One more night and it would be over.

What do you do when all doors are shut? When every opportunity to do something for God crumbles in the sand? Many start to complain. Others would like to raise their fist toward heaven and shout: “LORD, why do you allow this to happen?” I have known Christians who harbor bitterness in their heart toward God after a big disappointment and block themselves for the rest of their lives. What will you do when all doors are closed? Paul and Silas raised their voices in praise when they were in prison.

Some Christians would say, ““That’s just how it is. I cannot change my situation and just have to accept it”.” Did you know you can get used to live in a prison? Have you stopped praying? Many times, when we cannot fight any longer, when we cannot even pray any more, the Lord leads other Christians to stand in the gap for us.

One last night he lay down to sleep in prison. He probably did not know that many Christians had gathered together to pray fervently for him. During the night, the light of God shone into his prison cell. But Peter did not budge. He was asleep.

This is also the case with many Christians today. The light of God often manifests in our church services and though we love and enjoy it, we do not allow ourselves to be awakened.

The angel of the Lord punched Peter in his side to wake him. “Peter, you have a mission to accomplish. There is a lot you have to live for. Get up”.” And when Peter got up, the chains fell off his hands. The angel led him outside and when the angel disappeared, Peter realized he was free.

Have you reached a point where you just want to give up? Do you say, “I just don’t know what the Lord’s plan is for my life”? All doors seem to be shut, but God has a wonderful plan for you. Let Him wake you up today. You have a calling. You were born with a plan of God for your life. Let the Holy Spirit wake you up today, we need you urgently. Come out of your prison into the calling of God. I am praying for you.