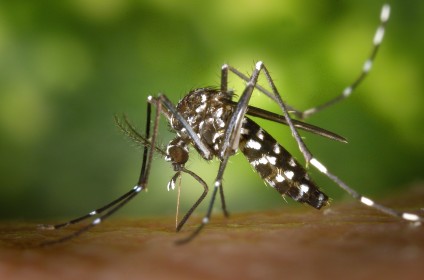 Many years ago, a missionary arrived in Mombasa on the coast of Kenya. This was a man of God who sincerely believed that God is his healer. He would not take any medication because he fully trusted what the bible says in 1 Peter 2:24: “Who Himself bore our sins in His own body on the tree, that we, having died to sins, might live for righteousness—by whose stripes you were healed.”

In the coastal area of Kenya, malaria is a killer disease. After a little time, the man became extremely sick and almost died. Soon after his wife got malaria and came close to death. Neither took any medication, and their lives were spared by the healing power of God.

When the man recovered, he prayed one day, “Lord, it cannot go on this way. We are constantly dealing with sickness.”

In his spirit, he heard the Lord say, “I have given you authority. Why don’t you speak in authority to the mosquitos?”

He stood and went into the yard. Lifting up his hand, he said, “I command every mosquito to leave this yard. From now on no mosquito may be anywhere in our yard in the name of Jesus!”

From that time on, not a single mosquito was ever seen in that yard. They did not have any problems with malaria as long as they lived there. Even their successor who took over the house when they left wrote them years later, “We still have no mosquitos here.”

Ephesians 3:20,21 in the NKJV says, “Now to Him who is able to do exceedingly abundantly above all that we ask or think, according to the power that works in us, to Him be glory in the church by Christ Jesus to all generations, forever and ever. Amen.”

Your problems are not too big for God!